Until now everything went as expected, next I had to create the iOS Provisioning Profile. I added a new “In House” iOS Distribution Provisioning Profile and clicked continue. Normally the next step would be selecting the wildcard iOS App ID which was previously created, but instead I got an error message “No App IDs are available”. Even if I create a new wildcard App ID from within the wizard the website keeps reporting “No App IDs are available” 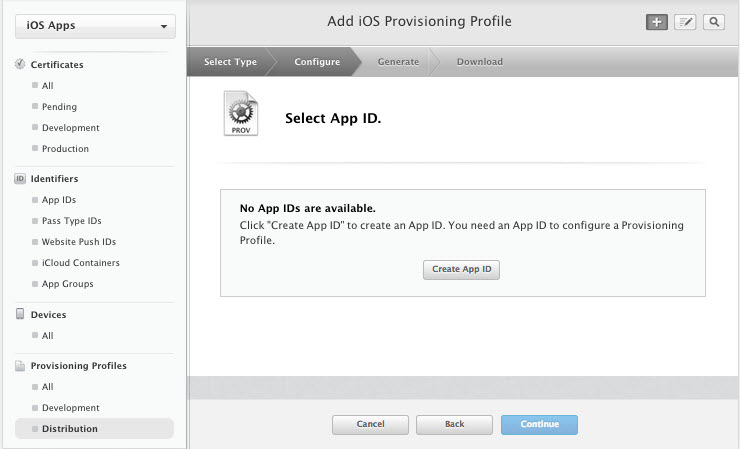 They are currently in the process of changing their policy regarding wildcard App IDs. As of the near future wildcard App IDs were no longer allowed. Apple is currently in the process of updating their documentation on this subject. Although a formal date isn’t announced publicly yet, my customers Apple Enterprise Developer account was already created with this new policy in place.

While looking for additional information how this would affect my XenMobile Apps I noticed the “Wrapping iOS Mobile Apps” section in the eDocs was already updated. The wrapping procedure assumes you’ll be using a Explicit App ID.

And indeed after creating several Explicit iOS App IDs I was able to create my iOS Distribution Profile! 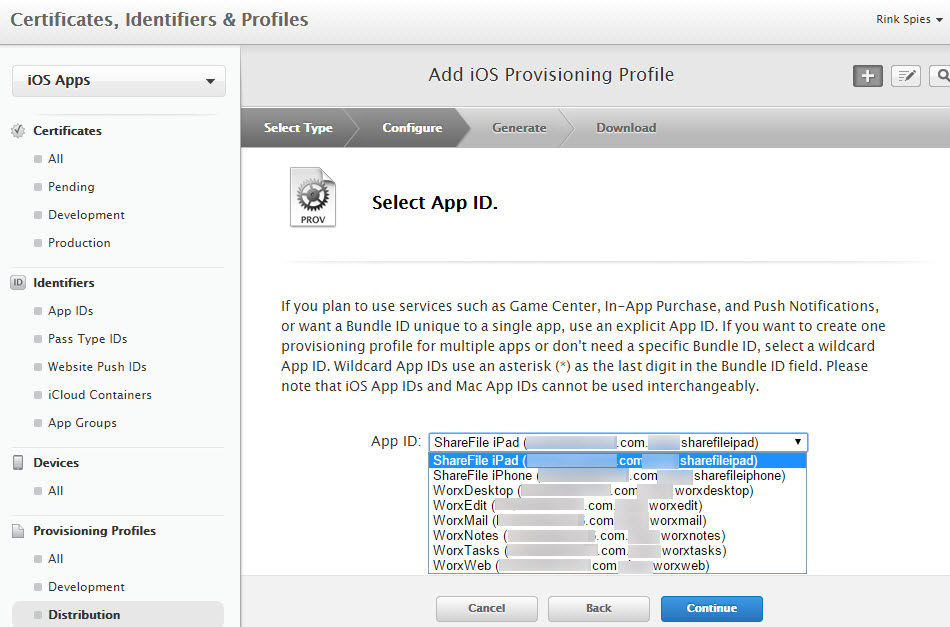 Some additional Citrix CTX articles can be found here: