How did the Technical preview option “Support for high DPI monitors” became active on several Mac’s over the weekend ?

Last Monday, we started getting multiple reports from MacBook users experiencing an issue with their Citrix Workspace app for Mac. At first the issue wasn’t very clear to use, because everybody reported it slightly different, but soon we noticed the common thread was the resolution. Affected users somehow got a very high resolution in their Citrix session, while their local screen resolution was normal. The Citrix session didn’t seem to adopt the local screen resolution.

I wasn’t able to reproduce the issue myself, so I contacted an affected user. He had done some analyses himself and discovered a curious phenomenon. If you would ran the Citrix Workspace App setup again all seemed to be fine. A Citrix session would adopt the local screen resolution upon connection. Soon as you rebooted the MacBook, the problem suddenly returned. Reinstalling the Citrix Workspace app again made the issue disappear.

At first I was just a little misled. I thought the issue was caused by the latest version 22.04.04.44. I took a look at the release notes and immediately noticed the section “Support for high DPI monitors [Technical preview]”.

Citrix Workspace app for Mac is now compatible with high DPI monitors with resolution greater than 4K. On desktop sessions, apps, text, images, and other graphical elements appear in a size that can be viewed comfortably on these high-resolution monitors.

Although this was an option that you had to activate manually, it had to do with screen resolutions. It appeared that this feature was inadvertently activated with the upgrade to 22.04.0.44. If this feature was indeed causing the problem, we could test that by manually disabling it. To disable this feature, run the following command in macOS terminal:

And indeed soon as we disabled the feature all seemed fine again! We opened a support case with Citrix telling them something went wrong after updating our Citrix Workspace app for Mac to the latest version. After the support engineer had looked at our case and made internal inquiries, he came up with a remarkable response. The issue hadn’t been caused by the upgrade, but by Citrix. We heard that the product team unintentionally had turned on the DPI Scaling feature via Launch Darkly during the weekend.

After the problem was discovered the default setting for this tech preview was quickly disabled again. The engineering team will need to do more testing on the feature before making it enabled by default. So in the end we learned the issue was also present in 22.04.0.25 but wasn’t activated until a reboot of the MacBook and the settings from LaunchDarkly were applied.

If you are still experiencing the problem yourself, now that Citrix has disabled the option again, just reboot your MacBook and your Citrix Workspace App should work as expected

The mystery of the “Recover Unsaved Documents” button in Office

Since quite some time Office has a AutoRecover feature which saves your documents every couple minutes. A super handy function to prevent you from losing a lot of work. By default Office saves an AutoRecover file every 10 minutes, for example in Word this is the default location : %AppData%\Microsoft\Word. In an enterprise environment however, the AutoRecover file location is often adjusted. For example it’s redirect to the users homedrive, in my case “H:\My Documents\AutoRecover”.

An external software supplier wanted to make a new app available for a selected group of smartphones. We were asked if it would be possible to retrieve the smartphone from the XenMobile database. New smartphones added to the delivery group would be detected automatically. Since XenMobile has a REST API, this didn’t seem like a problem at first. We made the REST API available to our software supplier, after which they created a link between their backend and our On-Prem XenMobile environment based on the Citrix XenMobile REST API documentation

At first everything seemed to work perfectly and our software supplier thought they saw all our devices. After some time we noticed that there was a difference between the devices visible in the XenMobile console (Web GUI) and the devices that our software supplier saw through the REST API. Based on the query that was used in the REST API, we then did some testing ourselves using Postman, in the hope of uncovering the difference in devices.

Life Cycle management occasionally causes SQL servers to be replaced and databases to be moved to new servers. As a result, the Ivanti WorkSpace Control datastores have to be moved. Now this does not seem very complex at first, but if the environment uses a primary and secondary datastore, you have to deal with some extra challenges. The IWC datastore contains three components

This all sounds very simple, but what if your secondary datastore is 600GB in size? Putting these together will take forever, not to mention other challenges. Consider, for example, the sizing of the primary datastore, can it store so much extra data? In this case you actually want to migrate the primary and secondary datastore to the new SQL environment and simply change the database connection string within the Ivanti WorkSpace Control console. Although there is no support article how this can be accomplished, luckily there is a way to do this in a supported way!

Recently we added the Citrix Gateway connector for Exchange ActiveSync (formerly XenMobile NetScaler Connector) to a customer environment, with the intention of giving only known smartphones access to ActiveSync. The definition of known in this case, is a smartphone enrolled within Citrix Endpoint Management (formerly XenMobile). After some testing, we switched on “Blocking Mode” on the Gateway connector for Exchange ActiveSync and indeed all the ActiveSync traffic was nicely regulated. Only connections from device which existed in the Endpoint Management database were allowed access to ActiveSync. The check if a email client is allowed access is done based on the ActiveSync ID, which should be unique for every device.

Depending your Endpoint Management ActiveSync Gateway configuration devices can be allowed or denied access based on several rules.

During regular maintenance at a customer we noticed the Ivanti WorkSpace Control logging database was getting quite big. The logging database had reached a size of more than 1TB, something of which the cause was not immediately clear. Sure they had lots of users and were keeping lots of auditing data, but the increase in database size couldn’t be related to additional users or something else.

We contacted Ivanti Support to investigate the huge increase in logging database size. They told me about a useful tool called “Workspace Manager Logging Management Tool“. The tool was created by a former employee Patrick van Grinsven. Soon it became clear what exactly was using so much space within the logging database. 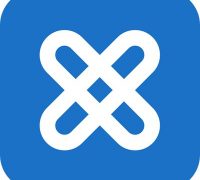 A big advantage they had, was that almost all mobile devices were already enrolled within Citrix Endpoint Management, so we knew which ActiveSync ID’s where legit and allowed to access ActiveSync.

Cause we were already making use of Citrix Endpoint Management, we decided to use the Citrix Gateway connector for Exchange ActiveSync (formerly XenMobile NetScaler Connector), to add an extra layer of security to the public reachable ActiveSync url.

Prior to Windows 10 (build 1607) Sticky Notes was a “Desktop App”, for which it was quite easy to roam all user settings and notes. But since the Windows 10 anniversary update Sticky Notes is available as a “Windows App” (Universal App). This creates a new challenge.

We have to make sure that Sticky Notes settings and notes, which a created by the users are being roamed. In case that roaming profiles are being used, this won’t be very challenging, because the whole user profile will be stored soon as an user logs off. However when local or mandatory profiles are used, in combination with a Zero Profile technology, like the technology offered by Ivanti Workspace Control (formerly RES Workspace Manager), some challenges lie ahead.

END_OF_DOCUMENT_TOKEN_TO_BE_REPLACED

How to change the ShareFile Administrator Account in XenMobile 10.0.0.62300

I logged in to the XenMobile 10 console and went to Configure > Settings > More > ShareFile and finally clicked Sharefile. Almost immediately I was confronted with an Error message “Username or Password was incorrect”.